Tilburg Concrète is a compositional marathon: a 24-hour project that brings together 24 musicians on a 24-track audio tape – one every hour. Friday May 27, 8:00 PM through Saturday May 28, 8:00 PM, Mathijs Leeuwis and Mathijn den Duijf will be locked up in their studio space Het Concreet.

Once every hour, they open their doors for a musician who will join in the making of an improvised composition, which can be followed via live YouTube stream. After 24 hours, they share the result: a completely improvised piece of music that has formed in front of the viewer in 24 hours.

The initiative behind Tilburg Concrète comes from city composer Mathijs Leeuwis: "A marathon is such an insanely big idea that we can never foresee what it will bring us. I love that unpredictability. Tilburg Concrète brings together all the elements that I usually work with: together with others, in a pressure cooker, reacting to sounds that are already there." The complete compositional marathon can be followed via a live stream on the social media channels of De Link and Het Concreet. The livestream takes you inside the studio, where Tom Sanderman and Remy Alexander give a live update every hour with the podcast Oorwarmers (in dutch).

Tilburg Concrete is organized by De Link and Het Concreet and is made possible with support of the Municipality of Tilburg, the Province of Noord-Brabant and Dock Zuid. 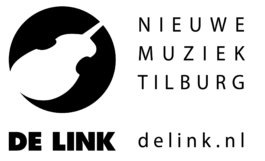